DUBLIN, Ohio – Patrick Cantlay put together the best round of the day to climb to the top of the leaderboard Sunday and win the 44th Memorial Tournament.

The winner of the 2011 Jack Nicklaus Award as the nation’s top collegiate golfer, Cantlay is now the winner of Jack’s tournament after shooting an 8-under par round of 64 to best Adam Scott by two strokes and second and third-round leader Martin Kaymer by four strokes.

It may have been some advice he got from Nicklaus before his first Memorial in 2017 that helped Cantlay this weekend.

“When Patrick first came here a few years ago, he came to me and he said, ‘Mr. Nicklaus I’d like to sit down and have you tell me how you play Muirfield Village Golf Club,’” Nicklaus said before presenting Cantlay with the championship trophy. “We sat down and talked about the golf course and he’s played well every year he’s been here.”

Cantlay played a bogey-free final round to overcome the four-shot deficit he started the day with.

“We probably spent a good 90 minutes talking about what he thought strategy-wise and how to play the golf course, and I took insights from that,” Cantlay said.

“It feels really, really good to finish it off how I did today. I knew I had a little bit of a mountain to climb to start the day,” Cantlay said. “A couple of guys ahead of me, two and four shots ahead of me, and guys that have played really well and closed out golf tournaments. I knew I needed to come out firing and make a bunch of birdies, and I did.”

“It was a little tough to beat Patrick today, but I was only a couple off in the end, and the putts on the last two holes were very close,” Scott said.

Kaymer saw his chances fall away with bogeys on 12 and 13 and then he finished with a bogey at 18.

“I knew that you really can’t make any mistakes coming down the stretch,” Kaymer said. “I made a couple of bogeys and no birdies. The other guys, they made birdies.”

Kevin Streelman posted a 66 to finish in fourth at 13 under, six shots off the lead, Marc Leishman was a shot back in fifth and Hideki Matsuyama was alone in sixth place at 11 under.

Five-time Memorial winner Tiger Woods had the fans in a frenzy for a while Sunday as he sunk five birdies on the front nine and added two more on 11 and 12 to get to 11 under as the leaders were just getting their days started, but bogeys on 14 and then 18 dropped him to 9-under and tied for ninth.

“Going into today, I was never going to win the tournament, but I was hoping I could get something positive going into the (U.S.) Open and I was able to accomplish that,” Woods said.

His 67 was the fourth-best round of the day.

First-rounder leader Ryan Moore bounced back from 75s on Friday and Saturday to shoot 70 Sunday and end in a tie for 33rd.

Second-round co-leader Troy Merritt finished in a tie for 17th. Kyoung-Hoon Lee, who also was tied for the lead after the second round, had one of the worst rounds Sunday with a 79 and fell into a tie for 37th.

Patrick Cantlay and host Jack Nicklaus share a moment before the trophy presentation.

Hideki Matsuyama tees off on No. 18. 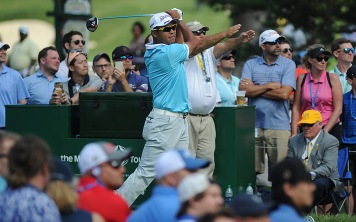 Hideki Matsuyama tees off on No. 15. 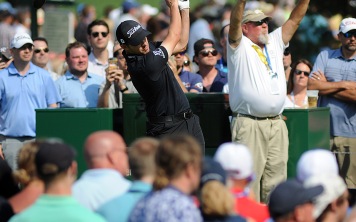 Patrick Cantlay tees off on No. 15. 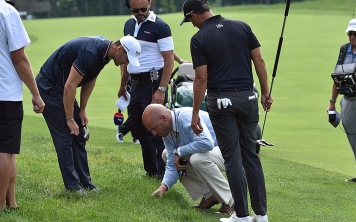 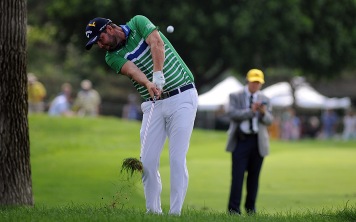 Marc Leishman hits his second shot from the rough on the way to a par at 17. 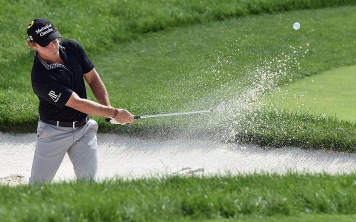 Bud Cauley chips out of the bunker on 17. 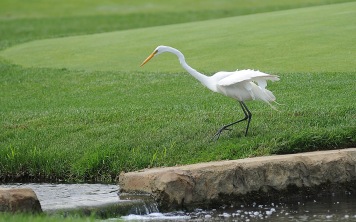 A crane spent some time looking for lunch around the 14th green.

Tiger Woods warns the gallery around the 15th green that his ball is headed toward them.

Tiger Woods chips out of a bunker on No. 13. 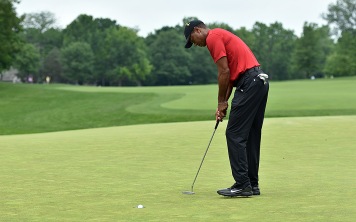 Tiger Woods sinks a birdie putt on No. 7. 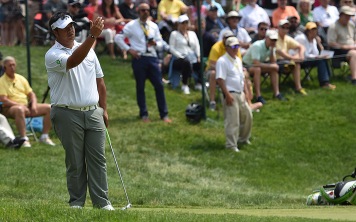 Kiradech Aphibarnrat tries to talk an eagle putt into falling. He went on to birdie the hole.